“The painting focuses on the struggles of being an Arab and Muslim American in a post-9/11 world. It's the feeling of being torn between two completely different worlds and not knowing which side to take on. The best way to describe it is like being a teenager and seeing your mother and father get a divorce and being pressured to decide which parent you want to live with. Using inspiration from the Greek myth of Narcissus; the image shows a young girl sitting in a garden by a water fall; however the image displays the girl turning away from her “reflection” rather than staring at it, which conflicts with her ability to “fall in love” with her identity. This painting reaches on a more personal level as it displays a New York skyline across the river from the garden while also displaying behind the waterfall the pyramids of Egypt.” 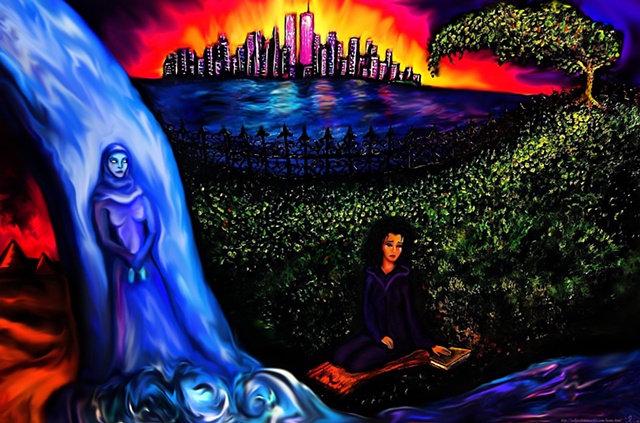