Sally Rahman was an Honoree and was awarded the 2012 Rising Star Award for Exceptional Dedication and Service. Her artist bio was featured in the Honorees and Humanitarians Booklet that was issued during the ceremony.

Driven by her passion for art and inspiration from her Egyptian background; FIT graduate Sally Rahman displays a variety of genres in her work that emphasize the many aspects of 'culture'. Inspired by her ethnic and religious upbringing , Sally's art conveys the aesthetic pleasures of life and creates a diverse series of work that have a classical essence with a modernized style. The 22 year old Egyptian-American brings her images to life with her fluorescent and vivid color palettes using mediums such as acrylic,water color and dyes , creating an eye opening image for her audience to gaze into. Most of the images uses subjects of nature, beauty, femininity and more importantly 'culture'.

Being born in the U.S. and raised by her Egyptian parents; Sally's family always emphasized on the importance of culture. It was defined as a possession more valuable than the purist diamond you can find. To Sally's family, culture means 'identity'. Not to be identified in a stereotypical sense, but rather to identify your roots, your uniqueness, your history, your values and your individuality.

Perhaps the two most important and unique pieces that fully portray Ms. Rahman's and her concept of cultural identity are her painting's “Two Worlds” and “Sanctuary”. Giving us a brief description of both pieces; the artist explains the depth behind the paintings meaning and her reasons for choosing their unique style.

“The painting “Two Worlds” focuses on the struggles of being an Arab and Muslim American in a post-9/11 world. It's the feeling of being torn between two completely different worlds and not knowing which side to take on. The best way to describe it is like being a teenager and seeing your mother and father get a divorce and being pressured to decide which parent you want to live with. Using inspiration from the Greek myth of Narcissus; the image shows a young girl sitting in a garden by a water fall; however the image displays the girl turning away from her “reflection” rather than staring at it, which conflicts with her ability to “fall in love” with her identity. This painting reaches on a more personal level as it displays a New York skyline across the river from the garden while also displaying behind the waterfall are the pyramids of Egypt.”

In her final year of her bachelors program at FIT, Sally's senior thesis project concentrated on the theory of art as a language. Her 3 dimensional, 4 sided painting titled “Sanctuary” displayed images of ancient Egyptian and Islamic art and lines from her favorite poet Rumi, that helped give her final student masterpiece a monumental and spiritual vibe to those who approach it. Her piece related to different cultural and political life issues; specifically issues that were going on in the middle east at the time. She describes the reason why she chose the style and materials for this special piece in her thesis statement.

“This piece reflects the theory of art as a language. Using inspiration from my ethnicity and religion, my art conveys the aesthetic pleasures of Ancient Egypt and Islam. I’ve taken illustrations and texts from ancient Egyptian paintings and Persian miniatures and combined the two to create a unique yet familiar style. I've taken specific lines from Rumi poetry that relate to my choice of images in order to create a deeper impact on the audience. My choice of mediums consist of acrylic paints, fabric dyes, water colors, found images, and exotic fabric designs; generating a feeling of age and history; the found images are collages that are layered on top of one another to help give the illusion of depth, space, and detail within the painting. The title “Sanctuary” emerged from the shape that these four pieces have formed together, from the idea of the sacred prayer stone in Mecca, The Kaaba, and the Great Pyramids, one of the most monumental sites in Egypt.”

There is no denying that this young woman has a strong message to spread; and it shows clearly not only through her art but through her ambition and pride. Sally's love for art and history has pushed her to pursue her Masters of Art degree; which in the future will lead her in the right path to obtain her dream job as a Museum Curating; a career choice in which she stated would allow her to help maintain the many iconic artifacts of her cultural history and others to live on and educate future generations to appreciate and inspire their creative minds.

“My family raised me with the idea that your roots are the basis and support that keeps your plant standing; and when given the right nourishment, your plant will grow and expand strong and far, but the plant that stands out furthest and strongest are the ones that proudly show their roots. I deeply believe it is important to help maintain the arts and have it remain strongly significant in our culture and education. As John F Kennedy once said, “It is art that nourishes the roots of our culture”. Having studied art as my main focus for many years, I find that statement to be the proper nourishment our society needs to help our “plants” expand even further than we've reached yet.” - Sally Rahman You can view more of this young woman's beautiful work by visiting her artist website http://sallyrahmanartist.com/home.html or by visiting her facebook fanpage https://www.facebook.com/pages/Sally-Rahman-Art/256889251045498 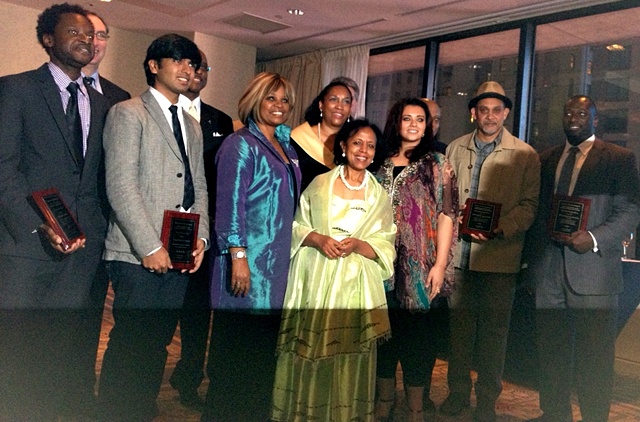